“In a world of England youth football, they all know Louie Barry because he’s the best 16-year-old in the country – and he’s just gone to Aston Villa.”

Those were the words articulated by Aston Villa Chief Executive, Christian Purslow, in February last year.

There was a buzz of media attention when the West Bromwich Albion wonderkid signed for Barcelona’s ‘La Masia’ academy in August 2019.

As the only ever English player to join the most prestigious academy in the world, it’s undoubted that Barry is a player with not only serious capabilities now, but astounding potential.

That’s the main reason why Purslow was so desperate to evade the likes of Manchester United, Liverpool, and Paris St Germain to signing the striker for Villa for around £880,000.

Barry, a versatile attacker having played on the left-wing as well as his preferred position up front, has his sights set on becoming a first-team player in the claret and blue of the future.

But why did his move to the finest academy in the world only last for a six-month stint, and how come Villa managed to sign one of the hottest prospects in youth football in the country?

Barry at the Baggies

West Brom were the first team to realise Barry’s potential when they signed him up to their academy in 2009. Despite coming from a Villa supporting family, and supporting the Villans for his whole life, he remained at the hawthorns for a decade.

During this time, he progressed through the youth ranks, gaining many more admirers with every passing game. Through his impressive performances in the Baggies U23 side (aged only 15 at the time), Barry was beginning to establish himself on the international stage.

During an England Under-15s tournament in 2018, Barry scored ten times – in half as many matches!

His indisputable eye for goal persuaded the Spanish giants to sign the young striker to their world-renowned academy complex, ‘la masia’. 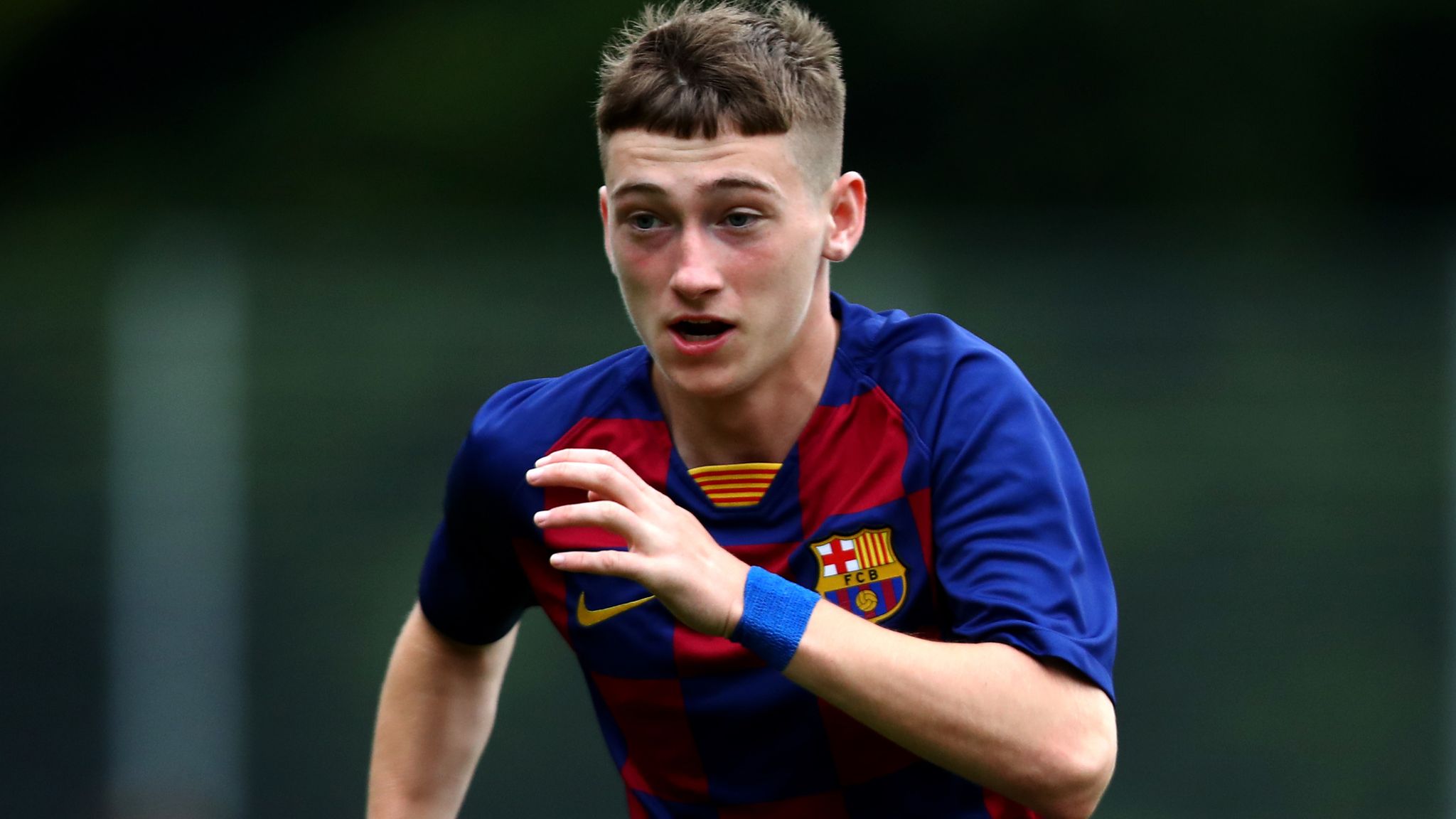 However, the summer he signed coincided with industrial changes that occurred in the Catalan boardroom. Unfortunately for Barry, this meant that those who’d talked him into signing for the club soon departed.

The wholesale changes in the hierarchy caused disruption and understandably, Barry was unable to focus solely on what mattered on the pitch.

Added to the disruption was the legal dispute between West Brom and Barcelona where Albion claimed that Barcelona still owed them £100,000.

It was only recently decided that Barcelona didn’t owe the midlands club any compensation.

“He was very unsettled and we sensed an opportunity,” said Purslow, who was the driving force behind bringing Barry back to the midlands.

In his first three games for Villa’s academy, Barry assisted three and scored three himself. The manager at the time, Dean Smith, described him as having “really good movement” as well as labelling him “a bright young kid”.

Since the shocking turn of events that lead to Barry and his U18 teammates playing as the first team in that FA Cup tie against Liverpool early this year, Barry’s fledgling career has continued developing at a whirlwind pace.

Levelling the match at 1-1 before half-time, Barry notched a goal in the most incredible of circumstances on what was his Villa debut, and to this day, his solitary Villa appearance.

This season, Barry has been loaned to League One Ipswich Town for a more natural first taste of professional football.

Unfortunately, the Villa prospect has found playing time difficult to come by for the Tractor Boys. Making fewer than ten appearances, it’s reported that Villa will recall the striker in January and look at finding him a more suitable club for the second half of the campaign.

The hope remains at Villa that Barry will become a formidable striker for the Villans in the future. Academy manager Mark Harrison stated, “We firmly believe that he can be an outstanding number nine for this football club.”

Still only 18, Barry has plenty of time to hone his skills before first-team bosses are calling on him to score Villa’s goals in the Premier League.

With all the excitement of Phillipe Countinho’s deal being made permanent at the end of season awards, many would have expected so much more as Crystal Palace were the visitors to Villa Park. Aston...