A last-minute goal from Keinan Davis gave Aston Villa a share of the points following an entertaining 2-2 West Midlands derby with WBA.

The goal was Davis’ first in the Premier League and made West Brom’s survival hopes all but die.

Despite confirming earlier in the week that Villa had no plans to sign Ross Barkley, Dean Smith still opted to start the on-loan midfielder. Anwar El Ghazi and Ahmed Elmohammady also came into the starting eleven.

Aston Villa were the brighter of the two sides in the opening 15 minutes as they passed the ball around with purpose. The home side was then awarded a penalty after nine minutes when Semi Ajayi brought down Barkley inside the box.

El Ghazi stepped up and slotted home comfortably to score his fifth goal in six games against WBA. 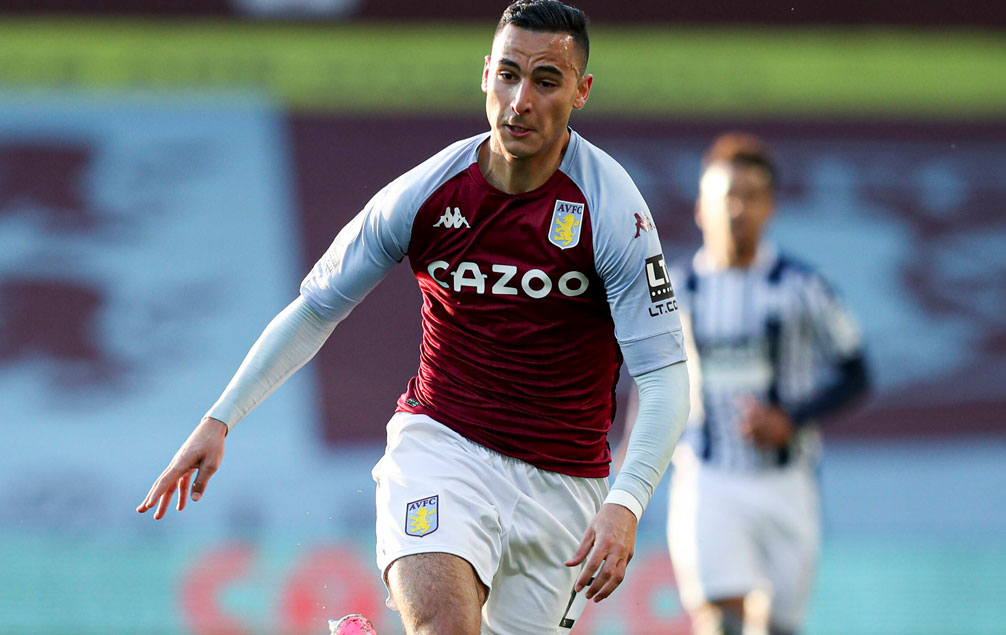 The Baggies began to come more and more into the game with Matheus Pereira pulling all the strings for the away side and it wasn’t long before they were level.

Ainsley Maitland Niles was judged to have been fouled by Ezri Konsa. Pereira lashed the ball into the back of the net to make it 1-1.

Maitland Niles was then denied by Emi Martinez after Pereira beat Douglas Luiz at the byline but his powerful effort was pushed away by the Villa keeper.

Pereira was at it again, just moments later as his free-kick effort smashed off the woodwork.

Keinan to the rescue

WBA found themselves being gifted their second goal just after half-time. Former Villa keeper Sam Johnstone’s long kick up the pitch and just as it looked like Konsa had dealt with the ball, he slipped which allowed Mbaye Diagne through on goal.

The big striker raced through before hitting a curling effort which deflected off Tyrone Mings and into the back of the net.

Villa upped their game and began to cause WBA issues down the left as Matt Targett was getting plenty of space.

At the half-hour mark, one of his crosses fell to El Mohamady who caught the ball lovely as he volleyed the ball towards goal but was denied by Johnstone.

Ollie Watkins will probably come away from the game wondering how he failed to score with his best chance coming when he beat the offside trap but his effort went straight towards Johnstone.

Villa switched their system to a 4-4-2 formation when Davis replaced Barkley. The big striker was really making his presence known and he nearly pulled the home side level. Following a goal-mouth scramble, the ball fell to the striker but the woodwork denied him.

Wesley was introduced to the play in the 90th minute when he replaced Bertrand Traore. It was the Brazilians first game for the first team for over a year following a long time on the sidelines.

Villa finally pulled it level in extra time when Watkins cross caused problems for Kyle Bartley before it fell to Davis to make it 2-2.

Firstly, congratulations to Davis for finally scoring his first goal and to Wesley for returning from such a lengthy time out.

It was a real hit-and-miss game and probably very entertaining for the neutral. Since the loss of Jack Grealish, Villa have struggled in midfield and it was no different yesterday. It is maybe worth the manager looking at a different system until our captain is available.

One thing is for sure, we need to stick together. It’s easy to back the players when things are going well but they need us during difficult times. The last thing they need is personal insults on social media. It is no wonder the Footballing world are planning a social media boycott this coming weekend.

link to Chelsea 1-1 Aston Villa (4-3 pens): Player ratings as the Blues advance to next round

Young striker Cam Archer was guilty of some loose finishing but Anwar El-Ghazi also had an effort cleared off the line by Reece James just before half time. Nine minutes after the restart Chelsea...

Aston Villa must finally land Shakhtar Donetsk star Manor Solomon in the January transfer window amid comments from his agent. What’s the story? Reports back in the summer of 2020 suggested that...